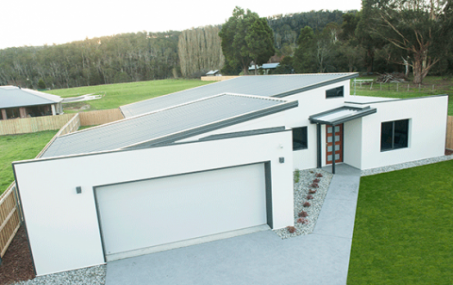 Members of Tasmania’s building and design community descended on Launceston to mark the occasion of the official launch of the state’s first eight-star energy rated InsulLiving® house.

Bondor® General Manager Geoff Marsdon said the InsulLiving® approach had been successful in other states and had significant potential for the Tasmanian residential building sector, for designers and builders through to home owners.

“This is a first for Tasmania and we are excited to bring a new style of sustainable building to its shores,” he said.

“We believe that the thermal efficiency offered by insulated panels, along with their versatility, has been largely untapped, but is emerging as a key element in the future of the built environment.

“The thermal technology used ensures the house stays warm in winter, which is a major advantage in cooler climates like Tasmania.”

The Burpengary house earned an ‘as designed energy rating of eight stars and, following a year-long independent study into its energy consumption, achieved a real life energy rating of 9.5 stars.

Mr Graham said he saw the InsulLiving® house as his opportunity to do something different from mainstream building.

“This was something we could put our stamp on, while at the same time help Bondor® introduce this display home to Tasmania,” he said.

I saw the high energy rating as a positive because energy efficiency is a critical part of building.”

Mr Graham said the InsulLiving® product was tough, versatile, energy efficient and could be erected relatively quickly, with the Hadspen house finished in 16 weeks.